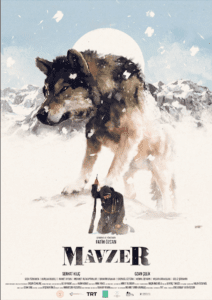 Veysi, who lives in a mountain village in Central Anatolia, goes to the pen one morning with his son Mustafa. Meanwhile, a pack of wolves attacks the pen, and most of Veysi’s sheep perish. After the attack, Veysi sets his mind to acquire a Mauser rifle to protect himself and his sheep. The arms dealer tells him that if he kills a few of the wolves he will gift the Mauser. Veysi goes after the wolves. Veysi, who managed to shoot the female and baby wolf, proudly returns to his village. When he returns to the village, he encounters his father’s funeral. He then finds himself in an inheritance fight with his brother. The male wolf that has lost its female and its baby will also take its place in this fight.