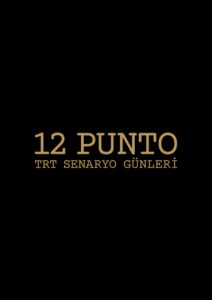 Neandria is the story of Suna, who lives in a poor and small village on the top of a high mountain, right under the ruins of an ancient city, helping her family with her degrees in athletics, seeking her place in life, competing and reading.

The layout of the village; It is disrupted by the confusion of a young man whose path has fallen there with the imam, who has been expected to be appointed for a long time. The ‘Imam’ will oppose the opening of the quarry, which has been silently for a long time, and will be thoroughly confused by the presence of a lifeless female body on the way it appears.

He follows one day when he begins to suspect the actions of the ‘imam’, whose beliefs he trusts and respects, and learns that he is not actually an imam, but he does not give him a hand. One day, when a letter from the Diyanet that a new imam has been appointed to the village comes to light, the false imam’s fakeness is revealed.
Meanwhile, while the fights for the opening of the quarry continue, treasure hunters secretly excavating the same site appear, and soon another corpse will appear.

At that time, the Imam disappears from the place where Suna hid him, just like the day he arrived. The village returns to its quiet life. Suna explains her new decision to her mother: She tells that she wants to run, not to compete, to read, not to win, to live, not to succeed. She sets out to take firm steps in her own way to take root in the land that has been kneaded with fertility for centuries and to embrace life with love.