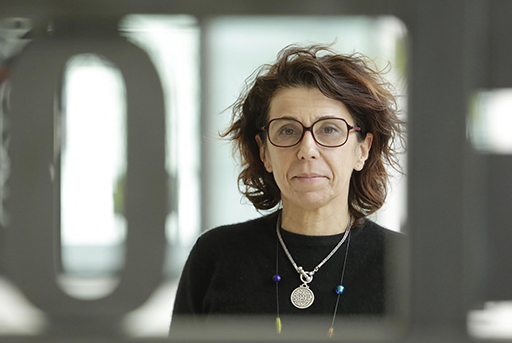 After gathering experience as a producer, Isabelle Fauvel created Initiative Film in 1993: the first company dedicated to film development. Since then, she is the privileged partner of writers, directors and producers for all matters on projects and talents development around the following activities: talent scouting, book scouting in literature, scriptwriting consultancy, story editing and insightful advising during the whole project gestation period.

As such, she holds talks regularly in events such as the Crossroads Forum of Thessaloniki, Sofia Meeting and within the Toronto International Film Festival, where she has been a mentor for the Studio and Talent Lab. She is also a speaker at various universities University and cinema schools like FAMU in Prague, Kask in Gent. She works as an expert for MFI (Mediterranean Film Institute), for ACE Producers and for a large number of Euromed programmes, including creating training programmes on demand.

But she also ventures into the world of publishing where she facilitates book adaptations: Etonnants scénarion / Bamako, AdaptLab within the Torino Film Lab for example. She also collaborates with Shoot the Book!, the crime novel festival Quais du Polar in Lyon or Livres sur les Quais in Switzerland.

Her will is to contribute to the circulation of ideas and talents and to enrich the field of film development. Initiative Film is scouting for Jerusalem International Film Lab since its creation 2012.

Based in Paris, Initiative film works internationally and Hakim Mao has been a partner in the company since 2018.